It's all hard-earned money. What's the use of the monitor bracket

According to the habit of ordinary people using computers or watching TV, the display device always exists as an immovable fixed individual. The viewer needs to try to match the position of the display through a series of collocations and arrangements, so that we can get a more comfortable body posture and even viewing angle. For example, the location of TV in the living room and the selection and placement of sofa or seat, etc. In short, people should adapt to display devices as much as possible. So is it possible for display devices to adapt to people in turn?

From the perspective of environmental factors, it is obvious that the living room display system, which should consider the visual effects such as beauty and tidiness, can not achieve this condition. Personal computers, which have been used for a long time and have obvious differences in individual use, seem to be more suitable for this idea. So how to realize the concept of adapting people by display devices? In fact, it is not difficult to implement. All we need is a solid and multifunctional support. 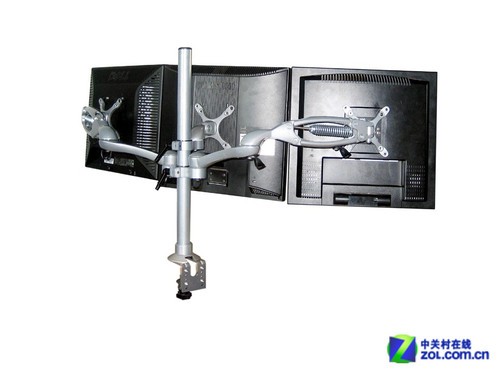 When it comes to display brackets, we can often see similar DIY display brackets in the photos of many foreign and domestic private computer studios. These supports are basically tailor-made by designers according to their own usage habits and needs. Therefore, these stents have a common feature, that is, they are only suitable for designers, or the user level is relatively narrow, and their adaptability to various needs is also very poor.

2What one needs varies from person to person

In addition to eliminating the bulky support originally provided by the display, the support can also be turned into a movable workbench by matching with other parts. You can throw heavy machines such as printers and fax machines that usually occupy desktop space into the air through brackets. At the same time, because the manipulator can swing freely, you can pull it in front of you when you need them. In this way, the limited desktop space will become cleaner. 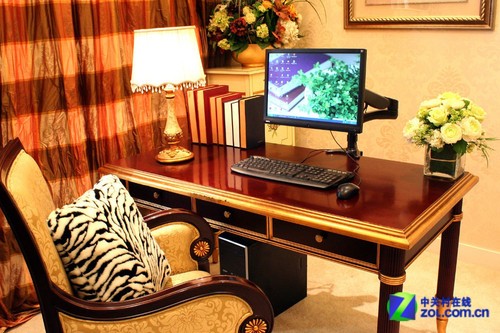 For many mapping users, video editing users, and even flight game lovers, multi screen display can achieve a larger perspective, more convenient video editing operation and more intuitive image comparison. At this time, by increasing the number of mechanical arms and changing the angle, the use demand of multi display can be easily realized. 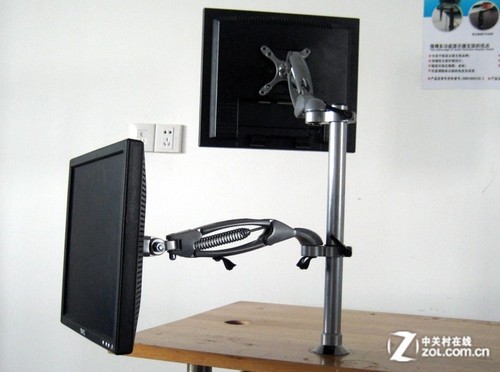 The bracket provides a variety of installation methods such as table clip, perforated clip and wall hanging. Relative perforation and wall hanging ensure sufficient stability and easy disassembly and movement. It can adapt to most desktop thicknesses. The installation of the mechanical arm is also very simple, as long as one end of the mechanical arm is directly sleeved into the metal cylinder on the support base. The display can be moved arbitrarily through rotation and lifting. And the number of mechanical arms can be increased arbitrarily according to the demand.

The addition of a bracket makes the use of LCD diversified, so it can make LCD play its greatest role. The bracket can be easily removed and moved, and can also adapt to most of the desktop thickness.